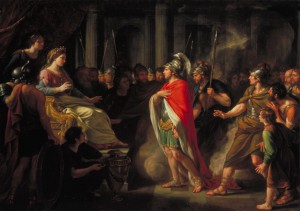 Whilst Henry Purcell’s Dido & Aeneas is the only complete opera written during his short life, it has become a work at the heart of British musical heritage. One of the world’s leading Baroque voices, Elin Manahan Thomas, performs the role of Belinda in this stunning and dramatic concert performance of the first masterpiece in English opera. The epic tragedy of a queen, a soldier and an illicit love is told through a spectacularly rich array of music.

From the short life of one composer to another, Giovanni Battista Pergolesi was an Italian court composer who died at the age of just 26.  Written in the final weeks of his life, this deeply moving piece is widely recognised as the definitive setting of the spiritual text, and has been described as ‘the master work of Latin music’.